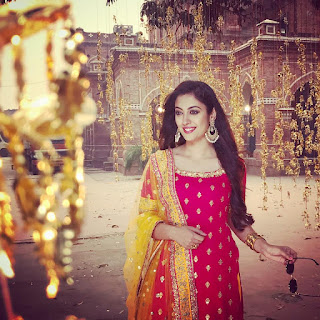 Aditi Sharma is an Indian TV and Film Actress, she was born on August 24, 1983. She is belonged to a Hindu family. Her hometown is in Lucknow, Uttar Pradesh, India. Her father's name is Dr. Divender Sharma and her mother is Anila Sharma. She have one brother and two sisters. Aditi's mother since childhood wanted to make Aditi a doctor, but Aditi's dream was to become an Actress and currently she is playing a role in Colors TV’s popular serial "Silsila Badalte Rishton Ka" as Dr. Mauli. In 2004, she met actor Sarwar Ahuja on the reality show "ZEE Cine Stars ki Khoj". Aditi's first TV serial was Ganga. Aditi and Ahuja both were seen together in the serial Ganga, and later, the couple also acted in the Kutch Khatta Kuch Mitha film and further both Strengthened their bond. Both of them were good friends and then became lovers and finally both of them got married in 2014.

She was popularly known in TV serial for her role as Anjali in Teri Meri Love Stories (2012), on Star Plus, as Venkatlaxmi in Lakhon Mein Ek (2012), She played the main role as Ganga Sagar Chaturvedi in the Ganga TV serial and had worked for two years (2015-17) and currently, she is playing a supporting role in Colors TV’s serial Silsila Badalte Rishton Ka as Dr. Mauli. She was featured in advertisement in various brands such as Move, Fair and Lovely, Reliance, Bank of India, Colgate, Parachut Oil, Britannia and many more.