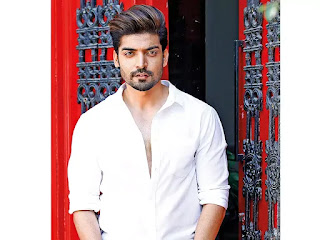 Gurmeet Choudhary is an Indian television actor, dancer and model. He was born in Chandigarh. His father Sitaram Chaudhary was originally from Bihar ( Jairampur, Bhagalpur district ). He then brought up in Chennai and Jabalpur. His father was working with Indian Army and holding the post of subedar major over there. He was really addicted and passionate about acting since his childhood days. He participated in many shows at the school level. After completing his schooling, he joined a theatre in Jabalpur for grooming his acting skills and really did very hard to make the things happen. In 2011 Zee Gold Awards, he won the title of best celebrity pair with TV actress Dhrasti Dhami. He appeared in many TV serials like Pati Patni Aur Wo, Bandini, Laughter Ke Phatke, Entertainment Ke Liye Kuch Bhi Karega and in much more. He was appreciated and critically acclaimed for the Hindi mythological serial Ramayana where he played the character of Lord Rama opposite to his co-actress Debina Bonnerjee who played the character of Sita. She is also his real life partner and both are appreciated for this serial very much. Right now, they are not in a plan to conceive a baby but really excited about it and said that they will announce it on social media when they decide to have it. Gurmeet was last seen in the Bollywood movie "Khamoshiyan" along with actors like Ali Fazal and Sapna Pabbi
Gurmeet Chaudhary Wife
Gurmeet Chaudhary is married to Debina Bonnerjee on dated 15-02-2011. Then they celebrated their first marriage ceremony in Golden Leaf Banquet situated in Mumbai. They are both happy with their married life and also enjoying their work very much. Their friends call Debina a patnivrata stiri as a joke and she enjoys it well.
Gurmeet Chaudhary Entry in Bollywood Film
Gurmeet has already made his entry into Bollywood with the film "Khamoshiyan" directed by Mukesh Bhatt. Ali Fazal and Sapna Pabbi were his co-stars in this film. All have worked fine in the film.
Gurmeet Chaudhary Bio Data
Name - Gurmeet Chaudhary
Nick Name - Sashi
Date Of Birth - 22-02-1984
Zodiac - Pisces
Age - 30 years.
Birth Place - Bihar
Height - 5'11'
Occupation - Model, Actor
Soul Mate - Debina Bonerjee
Father - Sita Ram Chaudhary
Religion - Hinduism
Bollywood Debut Film - Koi Aap Sa in 2005.
Debut TV Show - Mayawi ( Tamil, 3D)
Favourite Cuisine - Samosa, Pav Bhaji and Palak Paneer
Hobby - Martial Arts, Reading, Collecting Sunglasses.
Television Shows And Films
Mayavi - 2006 ( As a villain )
Ramayan - 2008 ( Lord Rama )
Geet Hui Sabse Parayi - 2010
Punar Vivah - 2012
Jhalak Dikhla Ja Season 5 - 2012 ( Winner )
Nach Baliye - 2013 ( Best Performer )
Fear Factor - 2014 ( First Runner Up )
Khamoshiyan - 2015
Posted at20 JunebyUdit mehra Post a Comment
Share
Labels#Indian actor